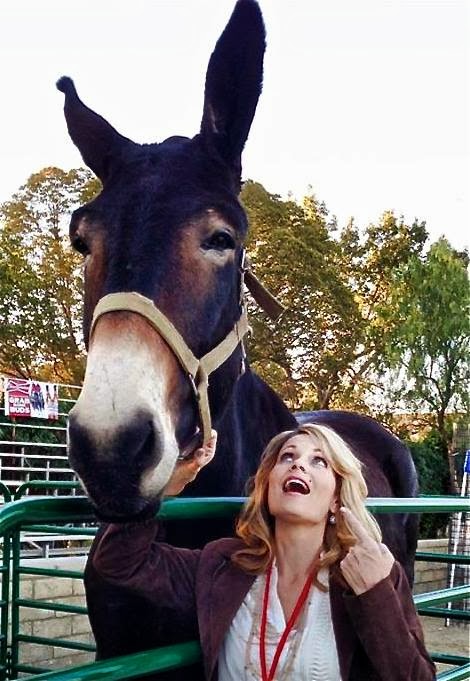 HAVE YOU HEARD!?!?!? (Had to use this mule shot for this post...tallest mule in North America!) I'm producing and co-hosting a show called "Small Town Big Deal".

CHECK IT OUT...it leaves you feeling good and THAT my friends is a very good thing! You can get all the info on it and how to watch it at www.smalltownbigdeal.com

I'D LOVE IT IF NEARLY ALL of my FB friends would go to Small Town Big Deals FB page and "LIKE" us! Thank you all so very much. xoxo-Jann Feel free with share to your friends!


Missou is proud of their graduate in journalism:

JANN CARL
Jann Carl was born on May 19, 1960 in Carthage, Mo. She attended the Missouri School of Journalism and graduated in 1982. While at Mizzou, she was a member of Kappa Kappa Gamma, ODK, the Mizzou Alumni Association Student Board and was a Tiger mascot.

From Columbia, Carl moved to Chicago to begin her broadcast news career at ABC affiliate WLS-TV. She later took an offer in Los Angeles to work as a news reporter and later accepted a position as co-host of KABC’s magazine show Eye on L.A. She won three Los Angeles Emmy Awards during her time in the city. In 1996, Carl joinedEntertainment Tonight and worked as a correspondent until 2008.

Today, Carl is developing several projects as head of her own production company. She also serves as a national board member for the Muscular Dystrophy Association for which she has co-hosted an annual Labor Day Telethon for 18 years.

Jann Carl's TV show reminded me of another Moliner, Ken Berry, who starred in F Tropp and Mayberry RFD, besides appearing with Carol Burnett on the Mama's Family skits.

Posted by Ichabod the Glory Has Departed at 6:00 PM 0 comments 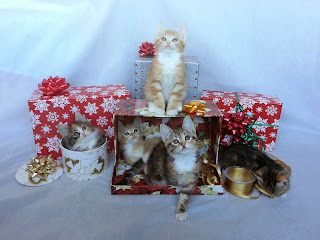 Look forward to seeing as many as can show up!

https://www.facebook.com/guy.johnson.56863
Posted by Ichabod the Glory Has Departed at 6:30 AM 0 comments


Our son and daughter-in-law got us a very large portable grill, which we put together as a group. Like many projects, the directions made more sense after we were done.

We awoke today to temperatures around zero and a minus wind chill, perhaps 20 below but not bad at all around noon. It was sunny with no wind.

Everyone was crying about wind chills all over the Midwest, which were slightly better than what we had in New Ulm, Minnesota 20 years ago - 60  below for about two weeks. I do not remember anyone caring.

In that vein - Green Bay hosted an outdoor football match last night but canceled indoor school this morning and tomorrow.

Father Hollywood convinced me to try the paleo-diet, going easy on the breads (hard for a baker's son) and heavy on meat, fruit, and vegetables. However, I was aghast at the price of such things as sliced turkey and chicken. I was grilling chicken often and knew what meat prices were. Besides, deli sliced meat is really salty.

So I decided to grill twice a week, especially after finding out how good my BBQ meat was for sandwiches, warmed up or cold. I adopted a meat market (Dime's, Springdale, a few miles away), and a secondary one (Harp's) when Dime's is not open. We have used Sam's Club quite often for chicken and bacon. We figure all chicken is Tyson's anyway, since this town is their headquarters.

Here is the recipe for Chicken Ichabod. It is easy, fast, and delicious.

A grill with a rack above the main rack is best, since it is hard to make bacon-wrapped meat and grill it. One problem is the heat and the blazing, smokey fires that erupt.

I put the chicken on the main level and the bacon on the mezzanine level. T-Rex makes the bacon sit above the chicken below and drip bacon grease on it as it cooks.

I use Kingsford charcoal, mesquite style. In the past I have soaked hickory chips in water and added them to the hot coals. That really adds a great hickory smoke flavor to the meat. In Phoenix I simply cut green mesquite from my trees and tossed it in.

The drop-down hood on the T-Rex allows the bacon to heat up enough to drip down. If I leave the hood down too long, the bacon napalms and I get a roaring grease fire. Still, the results are not that bad with the roaring fire. The bacon gets crisp fast and the chicken is still good. Still, it is better to lower the hood for short periods of time. The volume of smoke is a good indication of how well it is going. I try to keep it at "Habemus papam!" rather than "Abandon hope all ye who enter here."

The Chicken Ichabod recipe works just as well for pork, so I use boneless pork steaks, which are only $5 a pound at Dimes. Boneless chicken breasts are $2 to 3 a pound, only the low end at Sam's Club. Harp's had me buying chuck eye for beef, which is a way to have a small, inexpensive steak, about $6 a pound. We would rather eat pork and chicken overall.

Sassy takes an immediate interest in my cooking efforts, as soon as she sees indications of BBQery. She decided against outdoor supervision today, but stayed in the living room - inside. She has a fur coat, but it is more of a sweater.

Sassy loves to get her share of the meat and then some.

The bonus for Chicken Ichabod is the grilled bacon. The chef and assistants get to sample the bacon as it cooks. When I cook for Team Jackson, everyone enjoys bacon and chicken. The last vote went against pepper bacon in favor of maple bacon.

The most delicious bacon is from Nicollet, Minnesota, so I may try that out on the family.

The best compliment I have had was hearing a granddaughter say, "Mom. Make sure you take home some chicken."

There is nothing like grilled chicken with that bacon-glaze flavor. It is great off the grill and superb as a replacement for $9 sliced deli chicken.

We have gone out for lunch with our son's family, but cooking together is more fun. The grandchildren are great helpers. Tammy brings fantastic desserts and other dishes. Everyone helps with the set-up and the clean-up.


Posted by Ichabod the Glory Has Departed at 1:26 PM 0 comments

She is a member of Our Lady of Guadalupe and a former 70-year member of St. Mary's, East Moline. 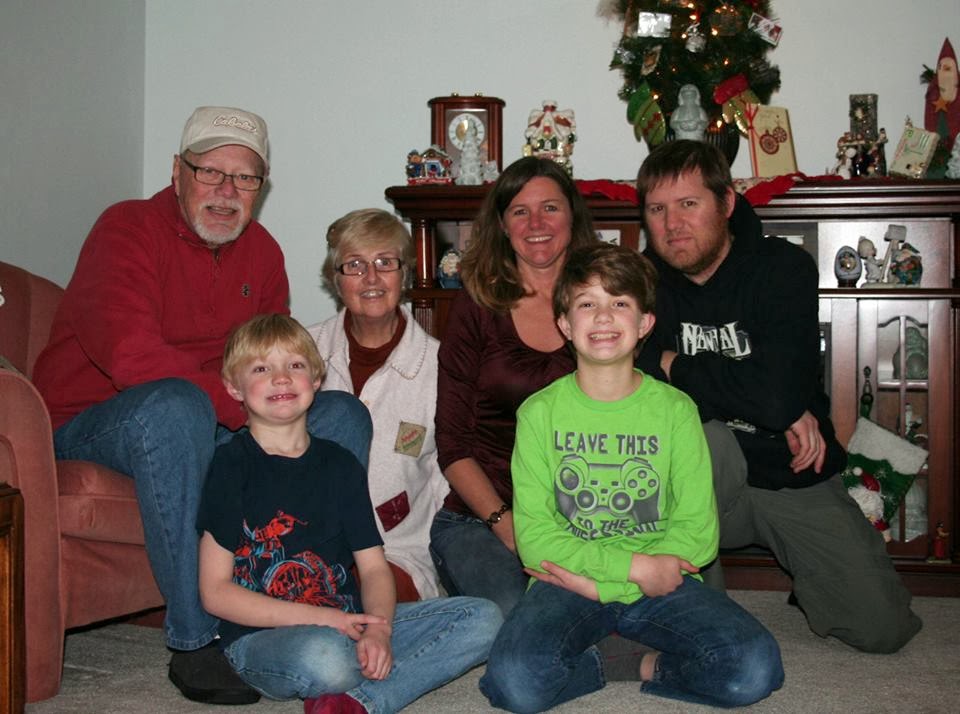 Posted by Ichabod the Glory Has Departed at 5:16 AM 0 comments