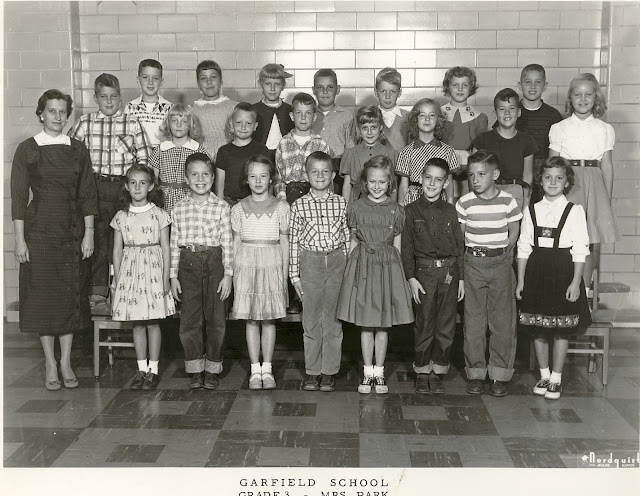 I remember the new addition being built and occupied when we were at Garfield Grade School.

The old wooden floors in the original building were a bit wavy, but nothing like the ancient glass in the windows. We had noisy steam heat in the old building, with jets of hot water sometimes escaping. A coal furnace gave us a chance to develop asthma.

The new addition disappointed the teachers because its lack of sound-proofing. We got a real gym instead of a basement copied from Dracula's Castle.

We were the reason. We were the Boomers. All they did was talk about how much we were changing America. No wonder we became so self-centered.

We were always the best class ever. No one says that anymore.
Posted by Ichabod the Glory Has Departed at 3:07 PM

Email ThisBlogThis!Share to TwitterShare to FacebookShare to Pinterest
Labels: Garfield