The Big Question for the 50th Anniversary, MHS 66 -
"What About My Hair?" - Men Are Asking


Wayne Cochran could sing beautifully in this tear-jerker, a bit better than "Teen Angel."
Posted by Ichabod the Glory Has Departed at 10:08 PM 0 comments

Coolidge Teacher and Principal Burt Ringquist's Birthday is July 20th.
Join Us on the Coolidge FB Page To Wish Him Happy Birthday 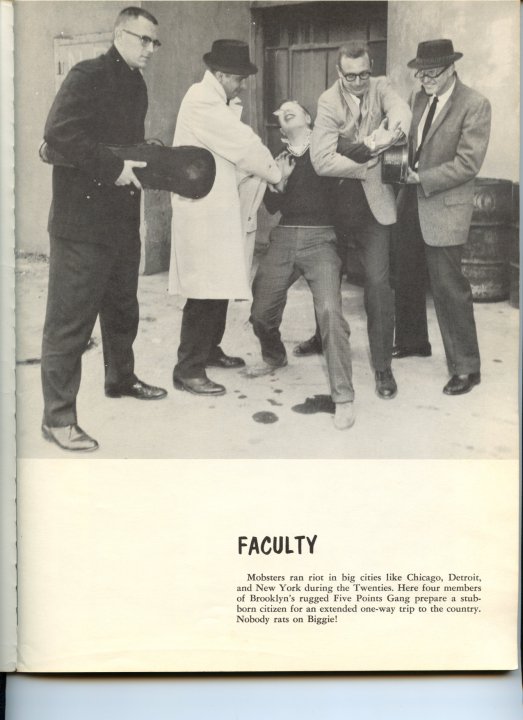 We are just getting started, so join us and leave a greeting and thank-you for Mr. Ringquist.

Here is his personal Facebook page in case you want to go there too:

7 hrs · Springdale, AR
Burt Ringquist - outstanding teacher and principal at Coolidge, will have a birthday on July 20th. Let's start with some Happy Birthdays and comments about his classroom excellence.

Posted by Ichabod the Glory Has Departed at 2:20 PM 0 comments


My father, Homer N. Jackson, was famous for his Melo-Cream Donut Shop, 1313 Fifth Avenue, Moline, Illinois. The nearby radio station called him the shadow manager, because the official manager Jean LaVern Flambo, listened to his suggestions and implemented them.

He began the business with his brother and later bought him out. The business was owned by the Melo-Cream chain, which still exists, but the Moline outlet had not done well.

Dad had Popeye arms because he mixed large batches of bread dough by hand in the early days. As a young adult in the Great Depression, his idea of work was anything that paid, which included being a laborer in building Wharton Field House. He talked about handling hot bags of concrete mix and loading them. In other words, "You kids have it easy. You are spoiled rotten."

Moline was very prosperous in those days, with income and taxes flowing from John Deere and related industries.


Dad boasted that he outlasted at least 200 bakeries during his decades on Fifth Avenue. People still write to me about his doughnuts - or donuts - as they were spelled for the business (an invention in WWI to feed the soldiers quickly).

Here is the secret to the addictions generated by any prodcut he made - the best ingredients and quality control:

That is just a sample. Any given ingredient could be A+, A, B, C, or just plain dreadful and still used in a bakery. We visited one, which was large and profitable. The backroom aroma at that bakery revealed that there was a considerable amount of compromise involved.

When the best ingredients were put together and used with skill, the Melo-Cream donuts and danish were the best anywhere. I have never seen them equaled. When he took over the bread donuts for a time, rolling them out, cutting and frying them himself, the long johns and cinnamon fries  were almost weightless. That was a combination of the perfect mixing, the right rise and proofing, the correct cutting and frying. Some of his employees could get close to this, but no one mastered what he could do.

Dad was also famous for peanut brittle, which was light and crunchy - and fudge, rich in chocolate flavor, walnuts, and chocolate icing. I loved his oatmeal raisin cookies, with chopped walnuts in them. I suggested an improvement for the chocolate chips cookies, and that worked out very well.

Cubs Fan
Dad loved following the Cubs, so going there for games was not a debatable topic. He always marveled at the way a Cubs player could be lackluster until traded to another team, then suddenly become a league champion in his position. The jeremiads continued year after year.

Long after I was gone, the trips to the games continued, often on busses filled with fans and a little beer. WQUA disk jockey Adam Jones said he really enjoyed those trips to the Cubs games with Dad.

This is the year for the Cubs to win the pennant and World Series, so the experts say. I could repeat a few expressions that I heard about those years when the Cubs led their division until the end and choked. But I do hope that Cubs fans will find justice and victory at last, this year.

Some Springdale boys were asking for donations for their all-star team, working the crowd in front of the largest Walmart in Arkansas. I said, "Are you Cubs fans?" One said, "No, Cardinals."

I said, "Oh no! They are the worst." His friend muttered something to him.

Then I added, "A lot of my friends are Cardinal fans too, and I enjoyed their games in St. Louis."

I gave them a donation and that got me some gift cards to Sonic, which I gave them to use. "Build your muscles." They laughed and their adult sponsors behind them laughed with them.

Posted by Ichabod the Glory Has Departed at 6:25 AM 0 comments