But Most of All, I Remember Mama


“I remember the big white house on Steiner Street, and my little sister Dagmar, and my big brother Nels, and Papa. But most of all, I remember Mama.”
Fiftiesweb.com

We watched TV a lot, and I remember watching this series. We have watched the movie several times, recognizing Barbara Bel Geddes as the author/narrator and future Miss Ellie on Dallas.

The series and movie were very much in harmony with Moline and Rock Island, Illinois, where the Augustana Synod had so many congregations, a college and seminary, and earlier its headquarters. We even tried to imitate the Swedish accent of those who came over from the old country.

My mother dreamed of bettering herself by becoming a teacher. She was proud of her farm heritage and physical strength. She did not use a glove playing the outfield. "Hardball," she mentioined. Many times she spoke of her introduction to teaching in a one-room country school. She had to handle all ages and keep everyone engaged and behaved. Mom often regretted the consolidation of schools, because she thought highly of the country schools and the old-fashioned curriculum.

Mom continued her education and finished a college degree at Augustana, part-time, over 10 years. She went on to earn an M.A. at the University of Illinois, where her father studied agriculture.

I remember going with her to my interview for attending kindergarten at Garfield School, a few blocks away, where she taught, once baby brother was in school. She had a long vacation from us when he was born, and I remember coming down the stairs to see her with the baby, when I was two years old.

Our house was ideally located across from Wharton Field House, still one of the largest venues in the Midwest. Whitey's Ice Cream was two blocks away, next to Dairy Creme. The Hasty Tasty restaurant was the same distance, along with hardware stores and the forbidden candy store we loved to visit. I often saw Guy Johnson on the way to school, and lots of other Boomers lived nearby.

We had great teachers at Garfield, the largest grade school in Moline. Only one teacher was a psychopath, and I did not have her, except for spelling. She went nuts on me during a spelling bee, yelling, "You don't know whether you are coming and going. Sit DOWN!" My classmates enjoyed repeating her smack down verbatim, and Mom loved hearing me imitate Miss D's distinctive rants.

I remember one student coming up to me and saying, "Greg, your mother is a school teacher and your father makes donuts. You are so lucky!" I am happy to say that Mom was loved by all her students, from the most able to the ones who needed rescuing. I was around Garfield early and late and witnessed some disciplinary episodes. More frequently, I heard the Garfield teachers speak lovingly of "their children." They wanted the best for their children and went all out to prepare the classroom and organize their materials to benefit them.

At one MHS reunion, a Garfielder told me about a student who spit at another student. My mother had that boy spit into her handkerchief repeatedly. Next she rubbed it all over his face. He never spit again. After I heard the story, that same person sat down at our table. He said, "Greg, you should write a book about your mother. She was a remarkable teacher."

Mom wanted to teach at a university, but she needed a doctorate to earn tenure. She taught at Coolidge Junior High (RIP) and was offered classes for those who needed help in academic discipline. She told the principal, "Only if I can hit them." He came unglued, "No! we cannot hit students." She said, "Forget it." He found out that it was OK if each set of parents signed a statement allowing corporal punishment. They were happy to do that.

Mom really enjoyed serving as the boot camp DI, shaping students who were having trouble for one reason or another. One needed an operation and she told the parents. That was performed and he began doing well. She used her knuckles to rap students on the head, sometimes enhanced with a big ring. She may have used the trapezoid muscle pinch. A little bit pain went a long way, and the so-called problem students adored her class. 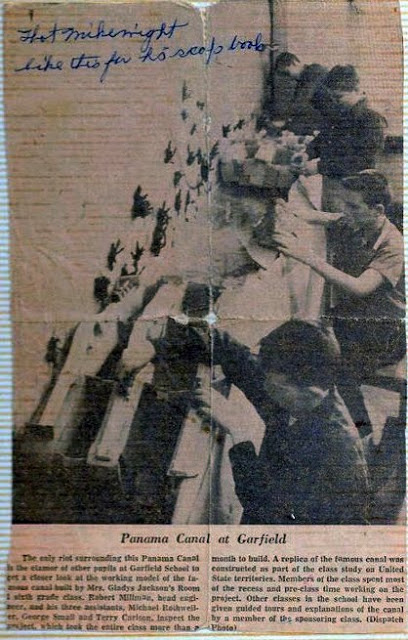 To be clear, Mom only used a little physical pain, which showed she meant what she said. At one reunion, a Garfield student from her class asked about that huge rock ring she used on him. Christina was wearing it. He said, "Hit me with it. Old times." He became an engineer because Mom's sixth grade class built a working model of the Panama Canal. Many years later he visited the Panama Canal and was excited to see it worked exactly the way their model did. "That's why I became an engineer, Greg. Your mother's class."

I was surrounded by teachers as I grew up - going to PTA, waiting in the school library at times, teachers' meetings at our home, and lots of teacher talk. I was hesitant about teaching community college students straight out of high school, but I learned how much fun a classroom could be. That led me into online teaching and many opportunities to teach all types of classes.

My boss at Glendale Community College said, "Our teachers are being steam-rolled by the students. They are letting the students intimidate them." He paused and said, "But that is not a problem with you." I thought to myself, "I learned from the best." Every so often I tossed a soft white board eraser toward an errant student and gave him my basilisk stare. My nephew said, "Uncle Greg. We can't do that in New York."

Mom was very happy to live with us in New Ulm and make the move to Phoenix. That is where I began by taking computer classes and moved into teaching at two universities. She was so pleased to hear that I made the move that was just out of her reach. But it was growing up among teachers and being surrounded by books that made that possible.

Posted by Ichabod the Glory Has Departed at 4:20 AM 0 comments 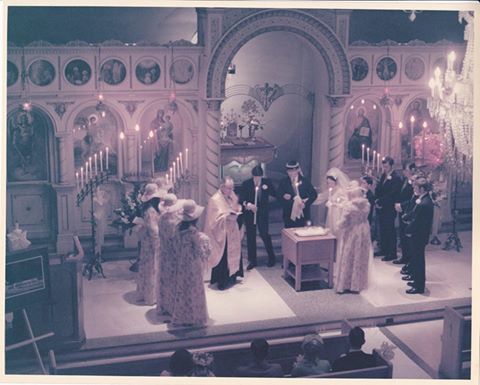 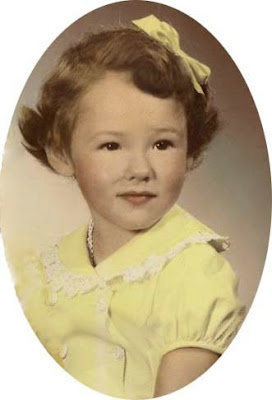 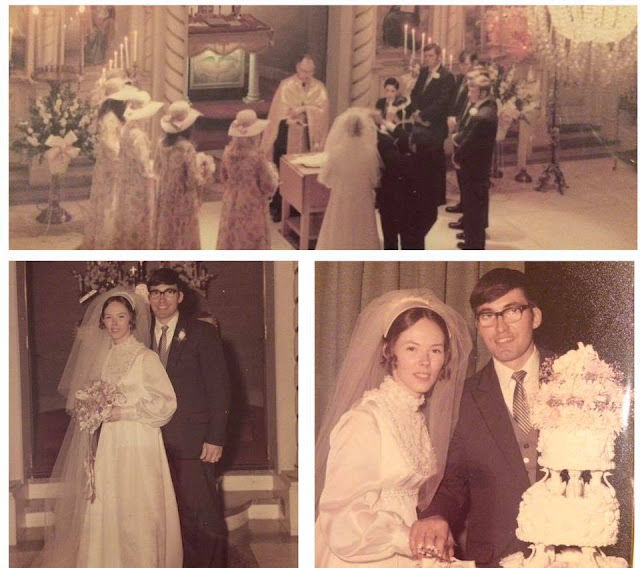 Posted by Ichabod the Glory Has Departed at 6:44 AM 0 comments