Shelby Harris, the oldest verifiable living resident in Illinois and the oldest man in the United States, will celebrate his 111th birthday today, Saturday, with relatives and friends at the Rock Island Nursing & Rehabilitation Center, 2545 24th St.

The luncheon will be followed by a birthday party at 1 p.m. at the nursing home, where ice cream and cake will be served. Friends, relatives and members of his congregation, Second Baptist Church, will attend. Mr. Harris served as deacon of Second Baptist until he was 102 years old.

Mr. Harris will fulfill one of the wishes left on his "bucket list" Thursday when he throws out the first pitch on opening day for The River Bandits A minor league baseball game at 7 p.m. at Modern Woodmen Park, Davenport. Playing baseball and possibly getting married again are two things left on his list.

Born March 31, 1901, in southern Indiana, Mr. Harris first worked in the coal mines of the region. He moved to the Quad-Cities in 1942 before enlisting in the Army during World War II. He later took a job with the former Union Malleable, later the John Deere Foundry in East Moline.

He entered Rock Island Nursing & Rehabilitation Center when he was 105. He has outlived two wives and three daughters. He is a great-great-great-great grandfather. His youngest grandson is 57.

A grandson, Al Hurt, says his grandfather takes good care of himself and still has a good memory. Mr. Harris is a life-long Democrat, having voted for John F. Kennedy in 1960 and Barack Obama in 2008. Mr. Harris credits his longevity to his faith in God.

'via Blog this'
Posted by Ichabod the Glory Has Departed at 12:12 PM 0 comments


Charles Willey absolutely loved life, and he made the most of it for all his 91 years.

The former 37-year Moline Fire Department chaplain -- who was pastor at First Christian Church in Moline, a motivational speaker who worked worldwide and an avid outdoorsman who loved fishing and motorcycles -- died March 17 at age 91 in Fort Myers, Fla. A celebration of life will be held today at 11 a.m., at First Christian Church, 1826 16th St., Moline.

"He was the most wonderful speaker I've ever heard," Dolores Frybarger, of Moline, a church member since 1962, said Sunday. "He was a very inspirational, wonderful man. He spoke all over the world. It was just his personality, care and concern for everybody he came into contact with. He loved everybody and everybody loved him."

"He was very sunny, laughing. He loved life, he loved people, he loved adventure, he loved my mother," Rev. Willey's daughter Peggy agreed. "He loved everybody."

Rev. Willey was a native of Fairfield, Iowa, and his father and grandfather were also Disciples of Christ ministers. After meeting the love of his life in church, he eloped Nov. 9, 1940, with Betty Riley, beginning a 71-year marriage.

"He was quite a man. He enjoyed life," Mrs. Willey said Sunday. "He always gave you something to think about, to better yourself."

From 1944 to 1953, Rev. Willey was pastor of Coldbrook Christian Church in Cameron, Ill., and was pastor of First Christian Church in Moline, from 1953 until 1971. He worked with Motivational Public Speakers and Speakers Associates; was a 33rd Degree Mason, Eureka College Alumnus of the Year, and chaplain of the Moline Fire Department, retiring in 1999 from the volunteer position at age 78.

"He enjoyed the excitement, the adventure," Peggy Willey Clendenin said of his work with firefighters, "They loved having him there." Rev. Willey came to many fires, lent moral support and spent a lot of time at the fire station to shoot the breeze. "He was really a man's man," she said.

"I started as chaplain because many of my members at First Christian were firefighters, and I saw the opportunity as a way to serve the flock,'' Rev. Willey said in a 1999 Dispatch/Argus interview. He performed funeral ceremonies for former firefighters, married some firemen and gave the address at the annual firefighter's memorial service.

"I feel my main obligation to the department was to the firefighters.'' Rev. Willey said. "I tended to their spiritual needs, as well as helped them with any personal issues that may have come up.''

His daughter said he "married half the city and buried the other half." He was treated as a member of the fire department family, and the number of awards and plaques he got was too many to count, Mrs. Clendenin said.

A boisterous, irresistibly positive man with flaming red hair, Rev. Willey was in demand around the world as an inspiring, positive motivational speaker -- giving talks at conventions and conferences for a wide variety of businesses, organizations, and service clubs, Mrs. Clendenin said.

"It was about being positive, about people loving each other," she said, noting he'd tell folks "to pick up a piece of sunshine."

"He spoke to all the service organizations, and umpteen PTAs," Mrs. Willey said.

"He was well-known throughout the whole world. He traveled everywhere," said his friend Bob Greenway, a retired minister who will co-officiate today's memorial for Rev. Willey. "He was a good person to visit with, and to get advice from. He was a wonderful listener. He truly was like a Dad to me." His best piece of advice? "Stay married," Rev. Greenway said.

His daughter said Rev. Willey loved kids and enjoyed playing with them, including his seven great-grandchildren.

In his 60s, Rev. Willey parachuted out of an airplane after telling his wife he was going fishing, she said. He came home with grass stains, mussed hair, and a grin from ear to ear. How did her parents keep a 71-year marriage going?

"My Mom and Dad could still laugh together," Mrs. Clendenin said. "He'd tell the same old stories and she'd laugh like she'd never heard them. They just had a great time together."

"He was a very curious person," she added, noting when he was 90, he got a Kindle e-reader. He loved to read, and he adored traveling -- Mrs. Clendenin said his favorite place was "away." Her parents moved to Florida in 2006, where she lives.

Posted by Ichabod the Glory Has Departed at 7:27 AM 0 comments 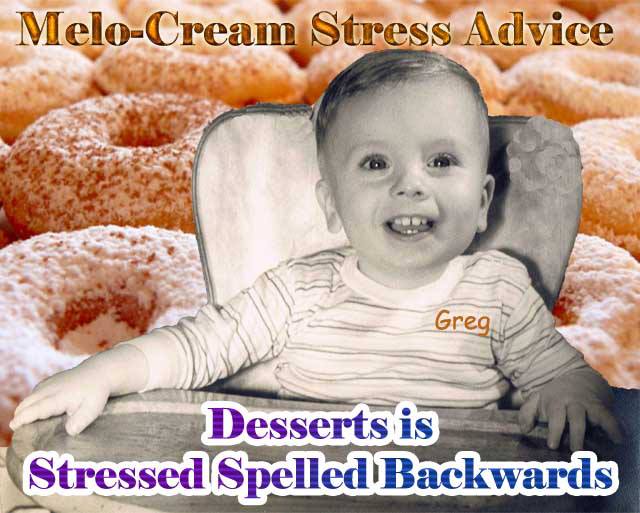 Captain Ernie's Showboat Is One of the Best QC Websites.

Dairy Queen's classic 5 Points Davenport Iowa location. Burned in the early 2000's and was not permitted to rebuild by the city. The outstanding ice cream cone blinker lights lit up the sky for miles. The picture below was listed as 326 11th Street, Bettendorf but appears to be the 5 points location mid 1960s.

DQ Whip-Cream bottle in the middle of these goodies! Medd-O-Lane was your place to go for the full line of Dairy Queen products plus Dairy Queen was located right outside the door in the same parking lot!

Notice the Hiland Potato Chips bags on the rack in the background.

Gary & Jim Medd spot checking the pasteurizing equipment at Medd-O-Lane Dairy.
If you have pictures of the classic Quad Cities Dairy Queens, please click here to email me!


'via Blog this'
Posted by Ichabod the Glory Has Departed at 10:06 PM 0 comments

Garfield and Coolidge Have Their Own Facebook Pages.
Will Wilson Join the Throng?

Facebook users can create a special page for a group quite easily. The school pages are fun because they concentrate the people who went to one particular school or had friends there.

Click here for the Garfield page and ask to join.

This is the Coolidge page, where you can ask to join.

Wilson Junior High does not seem to have a page. I found some pages listed as Wilson, with nothing showing. They could be anywhere. Let me know.
Posted by Ichabod the Glory Has Departed at 7:23 AM 0 comments

The Batman show was ideal, with an earnest Robin and a patronizing Batman, lecturing the boy wonder about safety as they climb or descend a skyscraper.

Davy Crockett was great for us as little kids. Batman was for high school and college.

Posted by Ichabod the Glory Has Departed at 3:36 PM 0 comments

Garfield Gashouse Gang - We Have Our Own Page on Facebook Now

Here is the Facebook page. You have to ask to join, but it is open to all Moliners. The idea is to share photos and memories of Garfield.
Posted by Ichabod the Glory Has Departed at 8:35 PM 0 comments