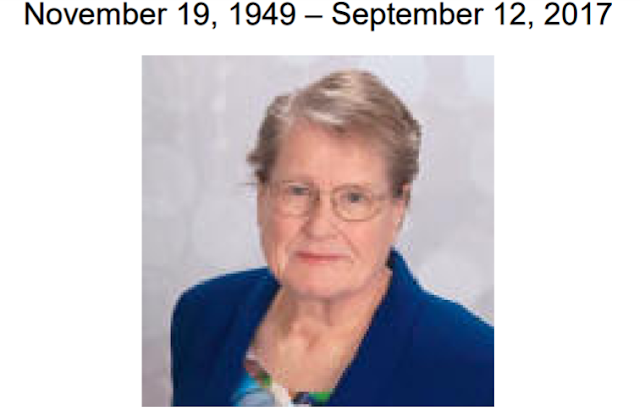 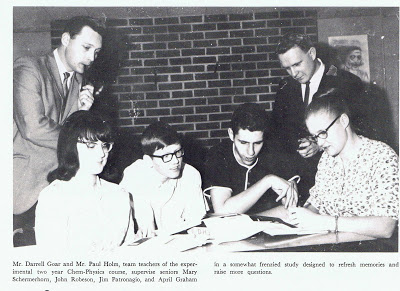 April Fritz passed away at her home in Reno, Nevada on September 12, 2017.

April Christine Graham was born in Rochester, Minnesota on November 19, 1948. She grew up in Moline, Illinois and attended local schools there. In high school, she participated in debate, the literary magazine, and the school orchestra. She was an accomplished cellist.

April graduated from Knox College in 1970 with honors in English literature. She was also inducted into Phi Beta Kappa. At Knox, she met Bob Fritz. They were married in October of 1971. April spent 28 years as an Army spouse after Bob was recalled to active duty in 1976.

While living in Milwaukee in 1972, April was accepted for a position in the medical records department at Columbia Hospital. She soon came to specialize in tumor registry and earned certification as both a registered health information technician (RHIT) and as a certified tumor registrar (CTR). She is a past president of the Wisconsin Cancer Registrars Association and the National Tumor Registrars Association.

She eventually went to work for ELM Services where she traveled around the country training customers on the company’s cancer data software system. In 1995, she accepted a position with the Surveillance, Epidemiology, and End Results Program at the National Cancer Institute where she focused on data management and training. She was also the lead author of the International Classification of Disease for Oncology when the World Health Organization published a new edition in 2000.

Upon retiring from the NCI, April founded her company, A.Fritz and Associates and began offering training courses for registrars. April excelled in the classroom where she was able to organize and convey complex information to hundreds of students over the years. She had a wonderfully wry sense of humor. She published several books, including a two-volume desk reference for tumor registrars, which is also being used as a textbook at a number of colleges in their cancer information management programs.

April was a sought-after speaker for state and national tumor registry conferences. She also participated in training events around the world, including Australia, Japan, Singapore, Nigeria, Saudi Arabia, Egypt and the United Kingdom.

Cancer was more than a matter of classification and statistics to April. She was a 25-year survivor of breast cancer and had been fighting pancreatic cancer for the last three and a half years.

April enjoyed travel, ballet, classical music, reading, cooking for and entertaining friends, and spending time with her rescued dogs. She also was on the Board of Directors of Golden Retriever Rescue, Education and Training (GRREAT) in Maryland for many years and edited their newsletter.

She is survived by her husband, Col. Robert G. Fritz and her sister, Robin Graham of East Moline, Illinois. In lieu of flowers, it is requested that memorial donations be made to the NCRA Education Foundation. The family is working with NCRA to create a scholarship or educational program in April’s name with the details being announced at the NCRA Annual Meeting in May.

Checks with “April Fritz Memorial” in the memo line may be sent to the NCRA Educational Fund, 1330 Braddock Place, Suite 520, Alexandria, VA 22314 or you may make an online donation in April’s memory at https://tinyurl.com/April-Fritz-Memorial. Be sure to type April’s name in the “in memory of” block. ___________

April Fritz's name is interwoven throughout the story of cancer surveillance. We lost April yesterday to cancer, the disease to which she devoted her life's work. As an employee in both the public and private sectors and as a volunteer to many nonprofits, April played a pivotal role advancing cancer surveillance and, in turn, improving public health. Both NCRA and NAACCR benefited from April's devotion and both organizations recognized her work and dedication with their highest honors.

Please join us in remembering April by keeping her family in your thoughts and continuing your hard work along the path that April helped build. We will continue to share information about formal remembrance events as they become known.


About A.Fritz and Associates
Our company was founded by April Fritz. BA, RHIT, CTR (1949-2017) in 2005.
After a more than three decades as a trainer of hospital-based registrars and a decade as the manager of education and training for the SEER program, April Fritz identified not only the important issues in cancer registry education, but brought together a group of skilled individuals who can deliver training on a variety of subjects in workshops large and small.  Ou r associates are comfortable in a variety of formats, including single or multiple-day presentations in front of groups, more comprehensive training programs lasting five days or longer, online classroom settings, videoconferencing, and newer technologies such as webcasting and webconferencing.

April is  the author of The Cancer Registry CASEbook: Coding, Abstracting, Staging and Exercises.  This book provides comprehensive, illustrated, site-specific information and practica for beginner and intermediate level cancer registrars. Here are more details.
Until the spring of 2006, April was the Manager of Data Quality for the Surveillance, Epidemiology and End Results (SEER) Program of the National Cancer Institute in Rockville, Maryland. Prior to her federal service, she was employed by several hospitals and a cancer registry software vendor.

April developed the Principles of Oncology for Cancer Registry Professionals training program in 1992.  She  made presentations to dozens of cancer registry organizations and has been a consultant to many cancer organizations, including theCommission on Cancer, the American Joint Committee on Cancer, SNOMED International, International Agency for Research on Cancer, and the American Veterinary Medical Association.


Posted by Ichabod the Glory Has Departed at 1:06 PM 0 comments