There will be plenty of food and  drinks plus a 50/50 drawing.


Posted by Ichabod the Glory Has Departed at 3:51 AM 0 comments

This is the link for the current Moline High School Hall of Honor recipients.


They are asking for additional nominees, as Facebook member Jeanette Donohue Wren wrote -

The Moline High School Hall of Honor planning board is gathering information you have a great candidate please forward the info to Jeanette Donohue Wren c/o MHS office you can pick up applications at MHS or contact me and I can get one to you.

The criteria for nominees--professional and career achievement, personal, and community any year - but 15 years out of MHS. Donations are eagerly accepted for this event..to go forward. It is a good cause to support. Checks can be made out to Moline High School Hall of Honor..and sent to the high school...

Posted by Ichabod the Glory Has Departed at 6:37 PM 0 comments

MHS66 Ladies Will Have a Luncheon at the Crane and Pelican, Le Claire,
Thursday, June 5th.
Get Your Reservation Soon - Space Is Limited


Kym Dennhardt Whatley has organized a ladies' luncheon at the Crane and Pelican, Le Claire, Iowa, on Thursday, June 5th.

Shopping is planned before and after the luncheon.

Additional activities are being planned, mostly informal. Stay tuned for the announcements.


Posted by Ichabod the Glory Has Departed at 9:04 PM 0 comments


SARASOTA, Fla. — Pat Sundine Edwards died Feb. 6, 2014, at her home in Sarasota. She was 91.
Patricia Niemeyer was born Feb. 15, 1922, in San Francisco. She attended Max Reinhardt School of the Theater in Hollywood for one year, as well as San Francisco Junior College. She married John R. (Jack) Sundine in San Francisco in1946. Mr. Sundine was a captain in the Navy, and was later editor and co-owner of the Moline Dispatch. In Moline, they raised their three children, Stephanie, Krista and John. As Pat Sundine, she hosted her own television show, which broadcast at WOC in Davenport for 18 years, five days a week, as well as a radio talk show for 12 years. She interviewed many famous and interesting guests, and received honors and accolades.
She was a member of Trinity Lutheran Church and was very active in many civic and service organizations in the Quad-Cities. Awards included a Public Service Award from the State of Illinois for a television and radio series she initiated, “The Child Alone,” dealing with mentally ill children. She received special commendation from Iowa Gov. Harold Hughes for her work with the Governor’s Committee on Employment of the Handicapped. She and Mr. Sundine were divorced in 1973, and she moved to Naples. In Naples, she was the first development director of Avow Hospice, as it is now known. She was a founding board member and volunteer for the Shelter for Abused Women, and also for Fresh Start for Women of Collier County. She was a member of Unity Church of Naples.
She married David Putnam in 1980, a marriage that ended a few years later. In 1988, she married Fredrick Edwards in Naples. She is survived by Mr. Edwards; her daughter, Stephanie Sundine (Victor DeRenzi); granddaughters, Francesca MacBeth (Peter), Kate Laver (Adam), Stephanie Franks (Jeremy); her stepson, Sterling Edwards (Diane); step-granddaughters, Lisa Edwards and Lauren Maudlen; and several great-grandchildren.
There will be no funeral, and Mrs. Edwards is donating her body to the University of South Florida. A celebration of her life will be scheduled in March in Naples. Contributions in her name may be made to Avow Hospice of Naples, to the Shelter for Abused Women of Collier County, Fla., or to Unity Church in Naples.
--- 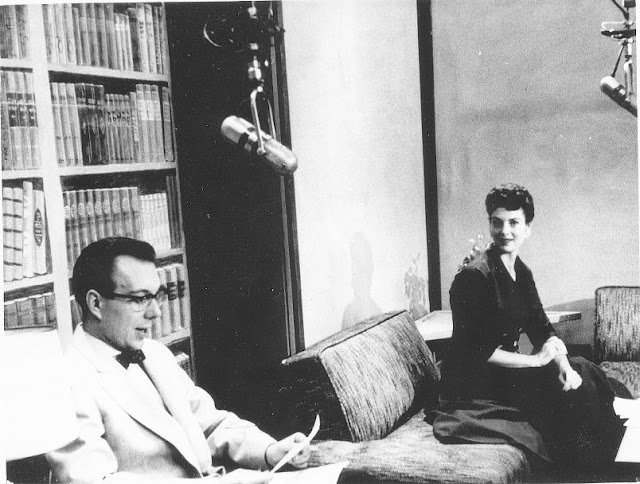 Pat Sundine was a pioneer in television for women. 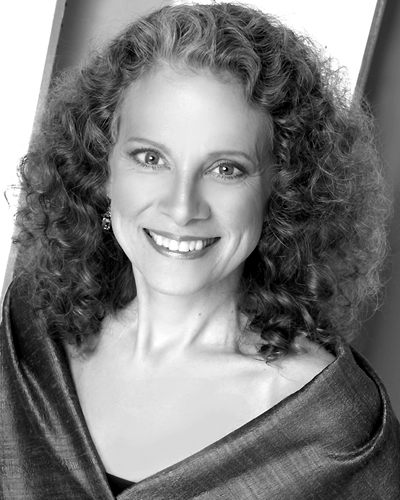 Source of this verbatim quotation:
"As a third-grader in Moline, Illinois, Stephanie Sundine knew that she wanted to sing. In her interview with OperaMom, Sundine recalled sitting in her classroom enraptured, listening to the beautiful soprano voice of her music teacher. "I remember being so happy whenever it was time for music class, since we did a lot of singing. That same teacher became my homeroom teacher in fifth grade, and everyday I would go into class and say, 'Mrs. Leland, are we going to have music today?' She was patient for a while, and then finally told me nicely to stop asking her!" The daughter of supportive and high public-profile parents (her father, a newspaper owner/editor and her mother, one of the first women in the U.S. to have her own TV talk show), Sundine sang her first solos with her church choir when she was still in eighth grade. "I most admired my voice teachers and music teachers, and appreciated their encouragement and hard work with me." Her first opera recording, La boheme with Victoria de los Angeles, was evidence of her admiration for full-throated soprano voices, which grew to include Tebaldi, Freni, and Nilsson, among others.
After graduating with her B.M. from the University of Illinois, Sundine remained in the Chicago area for four years, performing regularly as a freelance artist with small opera groups as a lyric mezzo. For two summers she was an apprentice with Chautauqua Opera, and attended opera workshops run by Boris Goldovsky, the famed conductor and impresario. "I did three national tours with Goldovsky Opera, singing small roles as well as performing various roles with small companies in New York City." It was at an audition for one of these companies, New York Lyric Opera, that she met her future husband, conductor Victor DeRenzi. "I had seen Victor conduct a couple of performances for them. At my audition, totally unbeknownst to me, he decided he wanted to marry me, and made sure the company hired me for Meg in the Falstaff he was conducting." Very soon after rehearsals for Falstaff began, they got together - the beginning of a relationship which would have a profound and positive impact on her career and her future. "When I met Victor, he felt that I had much more voice than I was using. He encouraged me to change my vocal technique and helped me to develop a much more professional sound." Through the guidance of DeRenzi and her voice teacher, Sundine made the transition from lyric mezzo to soprano. "Over the course of a few years I went from singing Cherubino to singing Isolde, with lots of roles in between!" she exclaimed."
More Stephanie Sundine information.
Stephanie's website.
***
GJ - The Sundines went to Garfield. Every so often we saw Pat Sundine in her TV makeup at the school. Mrs. Leland, one of our teachers, had an exceptional voice, so she led our Christmas programs. The teachers traded off certain classes, so we had Mrs. Leland for singing. I remember my mother saying in a hushed voice, "She was first soprano in the Augustana choir."
Augustana was known for its music program. Note the connection with the Moline Boys Choir and Dr. Fred Swanson.

Captain Ernie has a great post on the TV show hosted by Stephanie's mother, Pat Sundine - Especially For You. I have copied a little from it:
However - on with the show. I simply adored being the on the air hostess of E for You! I had a completely fabulous time - George Sontag was a dear man (I called him "the chocolate bear") - why, I don't recall - I met and cherished many people, home grown and celebrities! - one of my most favorite segments was called "Fables of our Times" - I then had fascinating interviews with people about their lives, people who were then at my age now! The aim of the show was to entertain and inform - I guess we accomplished those goals - among the famous guests were; Pat Boone, Sebastian Cabot, singing quartet The Ames Brothers, Vincent Price, Duke Ellington, Clyde McCoy, orchestra leader Montavoni, actress Celeste Holm, famous orchestra leader Carmen Cavallero, film actor Joel McCrea, bandleader/singer Bob Crosby (Bing's brother), President Ronald Reagan (I filmed him when he was spokesman for General Electric), American society figure Perle Mesta, actress Sylvia Sidney, Lorne Green, Robert Young (several times - his doctor lived here), Mary Ann Mobley who was one of the Miss Americas and many others.
I had such a fine and rewarding time - I still dream about it!
I have been Mrs. Fredrick Jasper Edwards for 18 blissful years and I couldn't be happier - Jack Sundine is living in St. Petersburg, Florida - we see each other and talk often. My two daughters are a blessing to us - Krista Kruse lives in Moline and Stephanie Sundine lives in New York.
John Patrick Sundine, my son and their brother, died this past December due to complications from diabetes which he suffered from at the age of seven years.
I must mention Anita Sundin wrote commercials and when I was away, took my place on Especially for You. She was just awarded by the State of Iowa a prize for being the person in the whole state that for years has read books for the blind. Quite an honor and quite a gal!
Love, Patricia Sundine

Regular MHS 68 Get-Togethers at Maid-Rite.
Others Are Welcome Too

The next Class of 68 get together will be February 26th at noon. 16th street location. It's a Wednesday and they have a special-2 for 1. See ya there!

Posted by Ichabod the Glory Has Departed at 12:19 PM 0 comments

Email ThisBlogThis!Share to TwitterShare to FacebookShare to Pinterest
Labels: MHS68 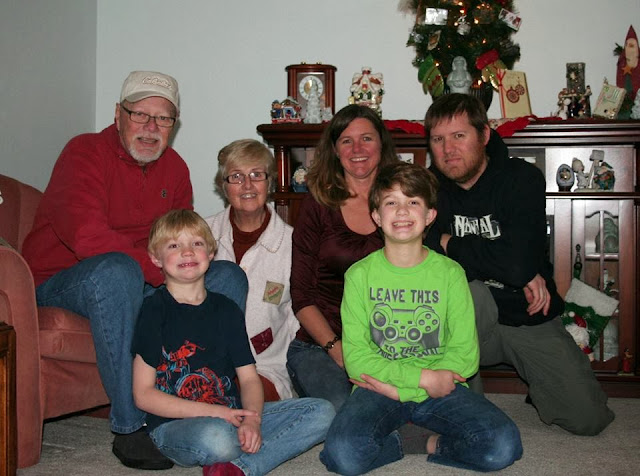 From Jorja Hepher Beert, MHS66 - Ok everyone here is the news. Jim's surgery DID last like 13 hours . he did well as far as B/P pulse and all that. They did a great job getting his head cleared off, al around his ear, and down into the neck. Can only hope they got all the cancer cells, But are sure there are still some floating around and hoping the radiation (once he is healed for I it, enough , wil take care of those. Now is the dreaded "but". The one bad spot on his head that they knew had invaded the bone in his scalp had progressed AL the way into the lining of the brain.

They called in the neurologist and the 3 surgeons discussed IF they should go into th brain to see if they could get that small piece and lose time on the rest of his head lumps they needed to do. Time would be taken to restrict the part on the brain.SO they decided not to. would have greatly increased Jim's chances of getting meningitis. So besides the radiation, they feel he will need chemo now., too. Worry with that is it causing him to (possibly) lose his transplanted kidney from the chemo.

Forgive me for not replying to all you FANTASTIC people .. I am reading your kind and caring words ! Well, some anyhow. Sorry if I don't quite make sense here, or explain well. Was late time we got to see him and then got back to hotel. Took awhile to wind down and still didn't sleep well. thanks ALL.

GJ - Jorja, Jim, and their family members are in our prayers, individually and in various congregations.

May God continue to guide Jim's physicians and nurses, to give Jim and Jorja strength and comfort, and to give him healing from this dread disease. In the Name of Jesus. Amen. 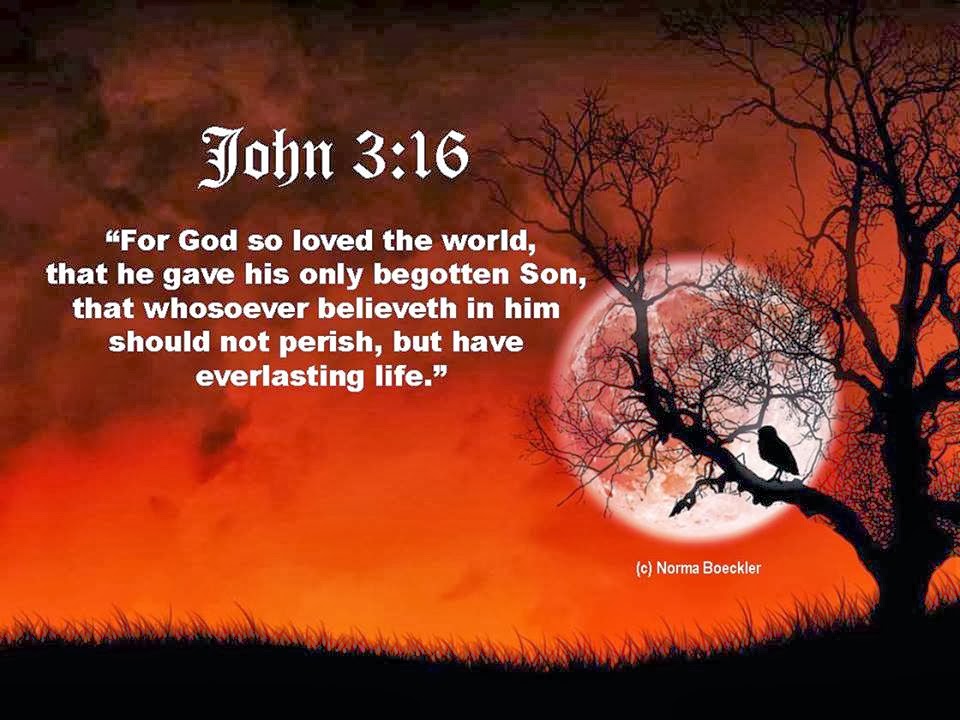 Posted by Ichabod the Glory Has Departed at 9:51 AM 0 comments