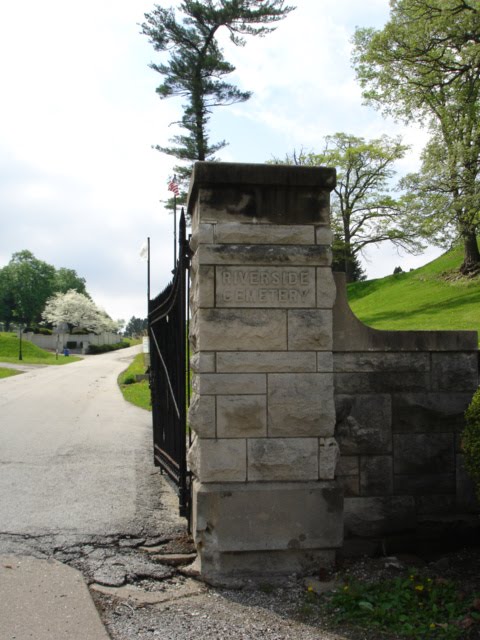 "A popular ghost story is about the black angel.The black angel was a statue at the Deere tomb in Riverside Cemetery in Moline. According to legend, the stone statue turned black as it stood its quiet vigil over the cemetery. Local young people used the statue as a test of bravery. The idea was to run through the cemetery at the stroke of midnight and touch the angel.

Many stories were told of the luckless people who did not escape the angel" a young man who touched the angel and died of a heart attack, and a young woman who spent the night in the cemetery, and then was found unconscious and with her hair turned white. The statue eventually had to be removed to prevent vandalism at the cemetery." QC Online
The story I heard was that a Black kid was chained to the white angel statue, to scare him. Lightning struck and the angel turned black, to show everyone how cruel that was.

Posted by Ichabod the Glory Has Departed at 5:21 AM