Richard Lee Medd, 92, of Moline, Illinois, died June 15, 2018 following complications of a massive stroke.  His beloved wife of 73 years, Alberta (Bert) Medd, was still able to hold his hand and his heart until his last day.  As Richard (Dick) passed from one stage of life into another at the Clarissa C. Cook Hospice House, Bettendorf, memories from his many years were being shared across generations and geographical lines.  His stories will continue to be told with joy and admiration by his four children, Gary Medd (Jean) of Davenport, James Medd (Sandy) of Nashville, Judy Schuler (Jere) of Cincinnati, Rich Medd (Stacey) of Coralville; ten grandchildren, David Medd, Cynthia Sanger, Christy Medd, Kori Medd, Grant Kilgard, Wayne Kilgard, Celia Schnupp, Gabriel Medd, Kellie Coy, and Jason Schuler; twenty-four great grandchildren; brother, Robert (Nancy) Medd of Iowa City; and all those who were lucky enough to be his family member, colleague, or friend.  Dick was preceded in death by his parents, Cecil and Mildred Medd, and his brothers, William, Ralph, and Ronald Medd.
Dick will be honored with pride each time we: rake if there are leaves, play if there is a piano, listen if there is music, pay if there is a bill, pick up if there is a phone call, invent if there is an idea, indulge if there is a Blizzard, and leave if it is time to go home.
Richard Medd was a pioneer in the Dairy Queen franchise, helping to develop, protect and promote the DQ brand nationally, and spread soft serve ice cream and jobs across the Midwest and the eastern part of the United States.  Although his accomplishments as a businessman (Dairy Queen, Medd-O-Lane Dairy), World War II Army Air Corps Veteran (B-29 navigator), musician (pianist and trombonist), and thirty-second degree Mason were numerous, Dick was best at being a husband, dad, and grandpa.  We will celebrate all he was and all he continues to be at a visitation from 4 pm to 7 pm on Thursday, June 21, 2018 at St. Paul Lutheran Church, Davenport.  A Celebration of Life service will be held at 10 am on Friday, June 22, 2018 at St. Paul Lutheran Church, Davenport with burial at National Cemetery, Rock Island to follow.  Wheelan-Pressly Funeral Home and Crematory is assisting the family with arrangements.  In lieu of flowers memorials may be made to St. Paul Lutheran Church, Davenport, or to the Clarissa C. Cook Hospice House, Bettendorf.
Posted by Ichabod the Glory Has Departed at 7:53 PM 0 comments


Garfield Elementary School was constructed in 1901, with an addition built in 1955. In 2015, the Moline-Coal Valley School District closed the school, sending students to Hamilton and Lincoln-Irving elementary schools.
That same year, Gorman & Company, of Oregon, Wisconsin, bought the school for $75,000. When completed, the renovated building will offer 52 one-bedroom and five two-bedroom apartments for low- and moderate-income seniors earning between 30-60 percent of area median income.

The school's corridors will be brought back to their original condition with restored ceilings. Classrooms will be renovated into apartments, and the gym space will be converted to house common space and amenities, including a multipurpose room, a kitchen and a fitness center.
Pause
Current Time0:00
/
Duration Time0:00
Stream TypeLIVE
Loaded: 0%
Progress: 0%
0:00
Fullscreen
00:00
Mute
A three-story wood-framed addition also will be added to the east side of the existing building.
The redevelopment will be constructed to Enterprise Green Communities and Energy Star standards, using energy efficient appliances and mechanical, electrical and plumbing systems designed to reduce overall operating expenses.
New roofs will be completed at both wings, and new energy efficient storm windows will be provided at the inside of the existing windows.
Financing partners for the project include the Illinois Housing Development Authority, JPMorgan Chase, RBC Capital Markets and Greater Metropolitan Area housing Authority of Rock Island County. 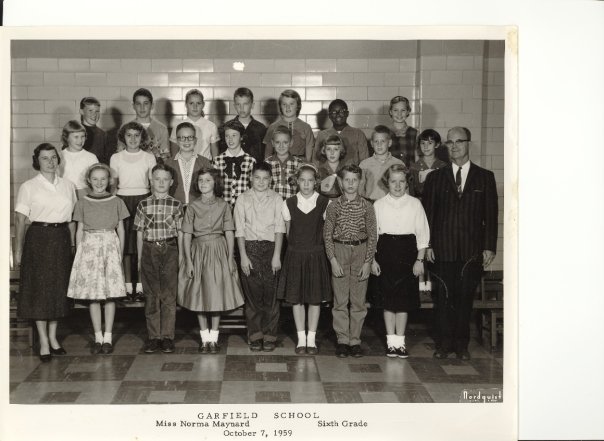 Posted by Ichabod the Glory Has Departed at 10:13 AM 0 comments